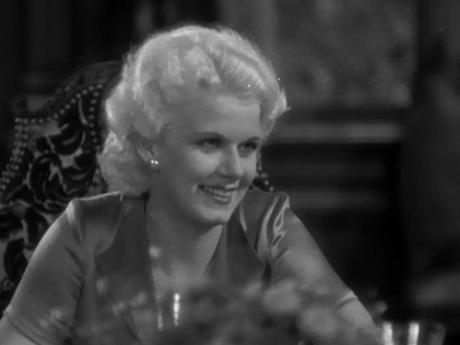 Frank Capra is one of my favorite directors. Like countless other movie fans I’ve enjoyed multiple viewings of the Capra classics—beginning with It Happened One Night, the surprise breakout hit that really put Capra on the map in 1934, and continuing through a long list of beloved favorites. The Capra hallmarks are unmistakable: an unwavering belief in the underdog and the “little guy,” a stubborn optimism that the honest, ordinary citizen would ultimately prevail against the forces of greed and power—and, underpinning the earnestness of his belief, a disarmingly appealing directorial style that could be achieved only by a master filmmaker. It’s an irresistible combination, one that has transformed many a potentially preachy “message” film into a genuinely moving, inspiring cinematic experience.
Equally wonderful, at least for me, is the discovery of all the films Capra directed before 1934. After an apprenticeship as a writer for two-reel shorts, Capra directed his first feature-length film in 1926, and during the next decade honed his craft in a score of pictures—dramas, adventure stories, but mostly light comedies. A random sampling reveals that many of these early efforts are fully as entertaining as the better-known classics, and confirms our first impression: this man was a born filmmaker. From the beginning, working with low budgets and limited resources, Capra consistently turned out films of freshness, charm, and originality. One of my favorites is Platinum Blonde.
The film begins in the city room of a newspaper, a frequent setting for films of the 1930s. Loretta Young and Robert Williams appear as reporters, she secretly in love with him, he oblivious to her charms, but both, on the surface, simply “pals” and coworkers. Ordered to uncover a scandal in a prominent society family, Williams delivers the goods, but in the meantime is smitten with Jean Harlow, the daughter of the wealthy family. A romance ensues, with working-stiff Williams unwillingly transplanted into the luxurious lifestyle of the idle rich. The plot proceeds from there, marked by frequent vignettes of quirky, semi-improvisational character comedy. It’s a vintage Capra situation, contrasting the fun-loving, rough-and-tumble world of Williams and his city-room pals with the stuffy pretensions of the upper class. In 1931 it was also timely: Capra’s populist vision was a good match for the mood of America during the early days of the Great Depression.
Jean Harlow, the platinum blonde of the title, is a revelation in this film. Her career was just getting started at the time, and it was off to a slow start. In Hell’s Angels the previous year—and even in Public Enemy, released earlier in 1931—it was painfully obvious that she had been cast for her looks, not her acting ability. What a difference in Platinum Blonde! In Capra’s hands she’s relaxed and charming, and gives a perfectly creditable performance. One might quibble about Capra’s role in her training, but Harlow in this film is undeniably star material, poised for the memorable performances she would deliver for the rest of her tragically short-lived career.
Even more tragically short-lived was the career of her costar, Robert Williams. After years on the stage, Williams was just beginning to launch a film career in 1931 when he was stricken with appendicitis. He died of complications, literally a few days after the release of this film. As obscure as Platinum Blonde may be, it’s easily the best-known of Williams’ film credits, and it indicates just what promise he held as a screen actor. His performance as the reporter, mingling tipsy flights of poetry with pearls of cynical wit—and offset by a lovely understated performance from Loretta Young—is the mainspring that drives the film. Among other things, Platinum Blonde is invaluable as a document that preserves his talent for posterity.
And, of course, it offers so much more. Characteristically for Capra, it features a gallery of supporting performances from the great character actors of Hollywood. One of those players, Walter Catlett, is on my mind at the moment because of the imminent reissue of Walt Disney’s Pinocchio; my fellow Disney enthusiasts will recognize him as the voice of Honest John the Fox in that classic. But that was only one of well over a hundred films (including Capra’s Mr. Deeds Goes to Town) to which Catlett lent his talents during the Golden Age of Hollywood. In Platinum Blonde he’s memorable as an obnoxious, loudmouthed reporter for a rival newspaper, forever competing with Williams (sometimes on friendly terms) to land the latest big story.
In short, the viewer who loves Capra’s films—and who doesn’t?—will find Platinum Blonde a thoroughly enjoyable treat. Cameraman Joseph Walker, who worked so often with Capra, contributes his usual straightforward, unobtrusive work but occasionally indulges in a striking visual effect—notably a love scene photographed from the far side of a fountain, the lovers rippling and shimmering behind a moving curtain of water. The film may not consistently maintain the crackling pace that marks some of Capra’s later works, but it compensates with engaging characters, sharp dialogue, and unexpected nuggets of offbeat comedy. I think it’s a pure delight from beginning to end.