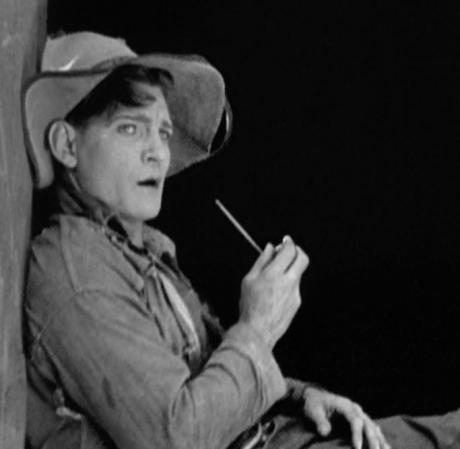 November 2017, the month this post appears, will mark the publication of an important new film book: The Man Who Made the Movies: The Meteoric Rise and Tragic Fall of William Fox by Vanda Krefft. This biography of an important film pioneer is written the way all nonfiction books should be written: meticulously. Ms. Krefft has devoted years to her research and has emerged with a story that is not only fascinating, but surprisingly revelatory for an historical figure as high-profile as this one. Fox’s story is filled with colorful incident and surprising reversals of fortune, and moreover is beautifully written here. It is, of course, of particular interest to the film enthusiast. Before its merger with Twentieth Century, the Fox Film Corporation was a highly distinctive studio that produced literally hundreds of films. Among them were a fair proportion of classics which are still regarded today among the all-time milestones of cinematic art.
And then there were the many others that are largely forgotten today, some of them ripe for rediscovery. Such a film is Just Pals, John Ford’s first film for the studio. In 1920 Ford was beginning to make a name for himself after several years of directing low-budget pictures, mainly Westerns, for Universal. Like those earlier efforts, Just Pals is produced along modest lines, a five-reel feature with a small cast and an intimate plot. But, like many overshadowed films, it’s a miniature gem in its own right, a thoroughly engaging and entertaining film.
Buck Jones stars as a small-town loafer, derided by the other townspeople as lazy and shiftless. Chance brings him together with a young runaway boy (George Stone) who has just arrived in town and is likewise scorned as a vagrant. The two outcasts become friends and form a tentative bond. Jones, overcoming his natural laziness, begins to assume parental responsibility for the boy, tending (roughly) to his personal hygiene and forcing him to go to school. The story is more small-town Americana than Western (although the climactic reels include enough traditional hard-riding action to satisfy Western fans), and of course there’s more to the plot than I’ve mentioned here. At the heart of it, however, is that growing bond between man and boy, subtle, unforced, and rather touching. And, characteristic of Ford, it’s well laced with comedy. In one delightful scene in the schoolhouse, the boy struggles with an arithmetic problem and is silently coached by Jones from outside the schoolhouse window—a gesture that would be more helpful if Jones himself knew the correct answer!
The script, admittedly, wanders into melodramatic territory, forcing in some contrived plot complications that must be resolved before film’s end. But what is lacking in the script is more than compensated by Ford’s direction. As with so many films, the seasoned viewer can predict far in advance where the plot is going; the pleasure is in watching how a master filmmaker gets there. Among other things, this film marked Ford’s first collaboration with cameraman George Schneiderman, whose luminous images would contribute so much to his later films. (As an added bonus for Ford fans, there’s a brief, unbilled appearance by character player J. Farrell McDonald, who would later become a beloved member of Ford’s stock company.)
One of the most striking things about Just Pals is a parallel with a recognized classic. The film’s basic situation—a man and a boy, both outcast by society, forming an unorthodox father-son bond—unmistakably suggests Chaplin’s The Kid, released months later! This of course is to take nothing away from Chaplin, one of the all-time giants of cinema, or from The Kid, one of his best films. Even if an artist of Chaplin’s stature had been prone to plagiarism, it’s a matter of record that he had finished production of The Kid long before Just Pals was released. But the coincidence is remarkable, and serves as a fascinating illustration of two filmmakers’ differing approaches to a similar idea.
I wouldn’t be surprised if The Man Who Made the Movies sparks a fresh revival of interest in the Fox studio. We may soon be revisiting the many established classics that Ford directed for the studio—The Iron Horse, Three Bad Men, Pilgrimage, and so many others. Just Pals is a wonderful place to start.